Most agree that there are many traits of an effective leader, including competent, professional, visionary, trustworthy, confident, a communicator and, of course, courageous.

But great leaders are set apart further by three other qualities.

1. Servant-leadership. In the 21st-century marketplace, the prime devotion of great leaders is to their people because they know it’s through engaged, high-functioning teams that their own goals are achieved.

2. Honest curiosity. This quality has two parts that are as inextricable as the sides of a coin: 1) A great leader is devoted to asking questions, and 2) they listen.

3. Mentor mentality. The most successful and beloved leaders I’ve known had a trait that’s often overlooked: They mentored their people to become leaders. Great NFL coaches like Vince Lombardi, Bill Walsh, Tom Landry, and Bill Parcels became legendary through the subsequent performance of the coaches they mentored. It’s called the Coaching Tree.

In that spirit, allow me to introduce the concept of a Leadership Tree.

END_OF_DOCUMENT_TOKEN_TO_BE_REPLACED

Imagine that your best employee just resigned. How much will it cost – directly and indirectly – to find, hire, train and get a replacement to the productivity level of your exiting employee? You already know the answer: maybe years. Not a scenario you want to contemplate, right?

There are many reasons why someone leaves a job, but decades of exit interview records show that compensation is almost never the main reason. Consequently, it’s an article of faith that employees don’t leave companies they leave people – usually a manager. That means that such a disruptive circumstance is likely not only preventable, but the solution is essentially one of those intangibles that cost you little to nothing. Often, just some of your time and attention.

Motivation is one of those intangibles, and smart business owners know about its power. They’ve experienced the direct link between motivating employees to be successful in their assignments and the success of their business.

You can become one of those smart managers before a key employee turns in their keys because he or she merely couldn’t come up with a reason to be motivated to stay. Consider these six motivational best practices.

END_OF_DOCUMENT_TOKEN_TO_BE_REPLACED 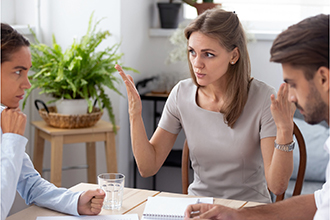 One of the markers of American culture is the “sticker” on the window of a new car. This document reveals to shoppers a listing of standard equipment and options, plus, of course, the manufacturer’s suggested retail price or MSRP.

But what if someone is shopping for an entrepreneur to work for? That may sound silly, but prospective employees do it all the time out here on Main Street. And yes, the money comes into play, but these days, increasingly, it’s the list of “equipment.”

A prospective team member would be justified in expecting the list of entrepreneurial standard equipment to include characteristics like courage, creativity, perseverance and adaptability. Innovative, creative, and visionary are other important line-items. One of the newer expectations increasingly prominent here on the threshold of the third decade of the 21st century is values. What are the values of this prospective entrepreneur/founder/employer? What do this business and its founder stand for?

END_OF_DOCUMENT_TOKEN_TO_BE_REPLACED

What will answers to these three human resource (HR) questions reveal about your business?

1. What is your business’ annual training budget?

While you’re chewing on that, let me point out one of the HR practices that Big Businesses are known for, and which small businesses should emulate: a legendary commitment to training. Alas, too many small firms conduct training after a fashion, if at all, and likely with no budget.

Historically, big businesses have had an advantage in this area because they have the resources to pay for structured training programs, and the staff redundancy to give their people time away from their assignments to acquire training. But thanks to the Internet, and thousands of companies that develop and distribute convenient and affordable online training programs, small businesses can acquire training in a wide range of disciplines without breaking the budget and with a minimum of lost production.

So how’re you coming on that training budget answer?  If you’re having trouble, perhaps we’ve found a good place to focus your attention. Let me provide a low-hanging-fruit place to start: Train ALL employees to say to customers: “You’re welcome” or “My pleasure” instead of “No problem.” “No problem” is a big problem.

END_OF_DOCUMENT_TOKEN_TO_BE_REPLACED

There’s a qualified employee crisis in America today. Companies of all sizes are reporting they can’t find qualified workers to fill the good-paying jobs they have. Some research indicates the number of unfilled assignments may be as many as six million, with a new report showing one-third of that number is in the manufacturing sector. Many small businesses are reporting that they can’t take advantage of growth opportunities because they don’t have the people.

What does that mean for your business besides your own experience with this issue? It means other businesses – especially big ones – will go key-employee hunting and poach the best of the best from small businesses who can’t compete on compensation and benefits.

So how do you prepare yourself for this assault?  Focus on these two areas: