Dave was the fifth of twelve children raised during the Great Depression. His father worked at a sawmill and was a part-time basket weaver.

Dave had some problems:  He was a stutterer, he had epilepsy, plus a learning disorder, all of which prevented him from graduating high school until he was 21. How do you like Dave’s chances in life so far?

But Dave was a good employee: first, a Fuller Brush salesman and next, a route man for two bakeries. Then, with all of his personal challenges, he purchased and successfully ran a restaurant and a grocery store.

Dave’s friends, family, and bankers were incredulous. Why leave a successful and sure thing to make baskets? By the way, they knew Dave didn’t know anything about how to make baskets himself. Would you have invested in Dave?

END_OF_DOCUMENT_TOKEN_TO_BE_REPLACED

This is the third article in a series about Blockchain technology and its implications. The first was an introduction, and the second was how Blockchain works and its role in creating digital trust. This article is about your likely first contact.

As small businesses have increasingly become vertically integrated with Big Business customers, they’ve had to step up their Main-Street-Mom-and-Pop game to become more sophisticated while continuing to be nimble, quick, versatile and efficient. With this integration, larger customers have notified smaller partners of their evolving expectations, as driven by macro events and trends.

Consequently, over the past 25 years, millions of small businesses have received letters requiring compliance with four of those macro markers: the first was about new quality standards (e.g. ISO 9000), the second was about Y2K preparation, the third was about cyber-security standards and practices, and the most recent is about sustainability/climate change expectations. In addition to ongoing compliance, these expectations accumulated as elements of future bid specifications.

The next expectation “letter” may be your business’s close encounter of the first kind with Blockchain. A larger customer will inform you that future business won’t be established with an inert, analog contract you’ll sign and return, but rather using a “Smart Contract” powered by one of the Blockchain platforms. If you haven’t been keeping up with Blockchain business applications, that will be a maddening, expensive and potentially perilous moment. You just got T-boned by a Quantum Leap Challenge because, as you should know by now, you can’t get up-to-speed on Blockchain overnight.

Now that you’re on notice, let’s get you ready with a few likely first-use Blockchain applications.

END_OF_DOCUMENT_TOKEN_TO_BE_REPLACED

This is the second of three articles about Blockchain technology and its implications. The first was an introduction, this one’s about how Blockchain works and its role in creating digital trust, and the third article will be about how you’re likely to make first contact and use it. I’ll remind you that Blockchain is a complicated topic, so thanks for your continued patience.

To understand Blockchain, we must first contemplate the primordial role of trust. Just as every chemical process in the human body takes place in the medium of water, every human interaction – every one – takes place in the medium of trust. As civilizations, societies, and markets evolved, all were made manifest by the existence of, and singular devotion to trust. It’s the cornerstone, the keystone, and the capstone of our civilized existence. As the original open source model, trust is the intangibly awesome foundation of equilibrium and creator of order.

This will be on the test: For 10,000 years, humans required analog trust. In the Digital Age, humans will require digital trust. As open source technology beyond cryptocurrency, Blockchain is enabling trust’s metamorphosis from analog-to-digital, as it becomes synonymous with digital trust.

For Satoshi Nakamoto, creating Bitcoin was easy. But making his peer-to-peer cryptocurrency deliver on the human trust expectation was complicated by the fact that fiat currency – trusted as value-in-exchange – is backed by the full faith and credit of the issuing sovereign government. To become a viable fiat alternative, users had to trust Bitcoin to be authentically tendered by its true owner, just as merchants trust bank technology to verify in real time that customers have the money they’re spending. So, to eliminate the “double-spend” concern, Satoshi created his Blockchain, which has the task of delivering a trustable Bitcoin.

Now let’s take Blockchain beyond currency. The essence of analog trust intermediaries, like government, banks, lawyers, title companies, etc., is to facilitate a transaction that doesn’t require the parties to trust each other. As a practical alternative, Blockchain can do the same thing, but faster, more efficiently and at a lower cost. But what about those trust expectation?

END_OF_DOCUMENT_TOKEN_TO_BE_REPLACED

This is the first of a three-part series about a technology that’s likely to create a level of disruption, unlike anything we’ve seen. This article is to introduce the technology and put its disruptive implications in perspective. The next article will explain how the technology works. And the third will be about your likely first contact, and how you’ll use it in your business and life. First, some perspective. 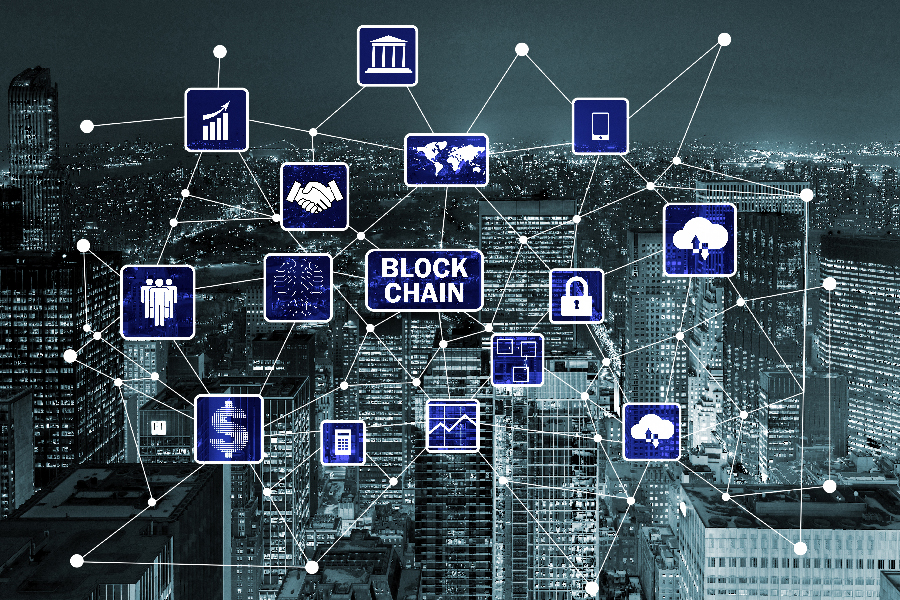 Since the advent of the Digital Age, the number of business model disruptions brought on by new technology has been unprecedented in human history. Legacy paradigms – complete with red-letter rules and legendary success stories – have shifted dangerously for multi-generational industries. Think Kodak. Other examples include email’s impact on fax machines and the letter/parcel delivery industry; Airbnb hindering the hospitality industry without owning any real estate; and don’t ask a cabby about Uber unless you want to hear cursing.

There’s one thing all these disruptions have in common: The most breathtakingly-fast shifts of the past have been on a level that I call “next-step understanding.” Previously, when an innovation disrupted and possibly even surprised us, what we saw happening was next-step understandable. As dramatic as any innovation may have been – personal computer, Internet, e-commerce, social media, etc. – we took it in stride because it was a single unit of variation above where we were operating.

But, now it’s time to buckle up. What’s coming at you won’t be next-step – it will require what I call “quantum-leap understanding.” A quantum leap requires at least two steps – maybe more – at once. Understanding this next disruption won’t be like taking a course in Spanish or French. It will be more like learning Klingon. Almost maddening at first, it will seem like you’re passing through a wormhole into another dimension. Tech writer Adam Greenfield said this: “This is the first technology I’ve encountered that’s difficult for even the most intelligent and highly capable people to understand.”