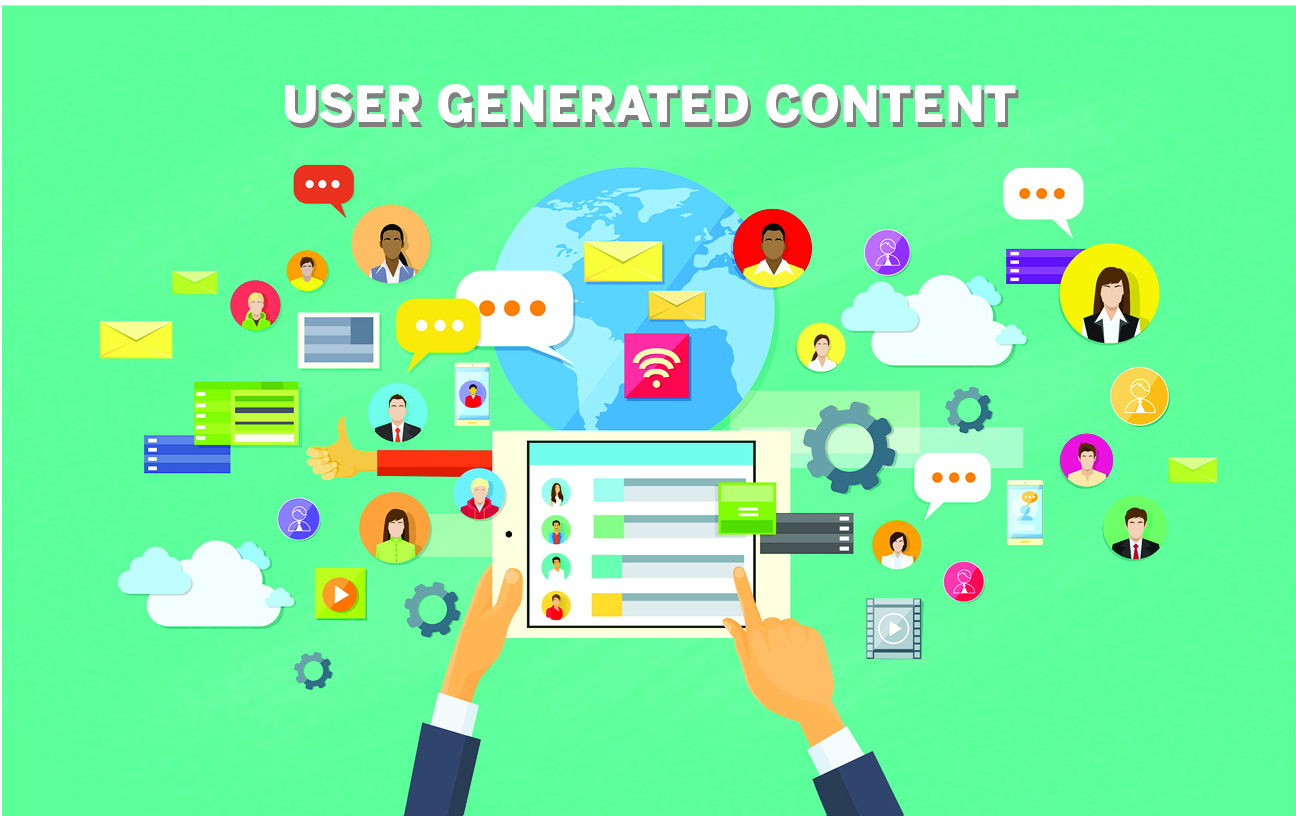 Once upon a time, but not that long ago, a brand message could be successful even if it was close to a work of fiction.

Created by Madison Avenue wordsmiths, copy for an ad or brochure was crafted to manipulate and motivate using puffery, a legal term referring to acceptable marketing exaggeration. And most of the time it worked. In fact, generations of consumers allowed themselves to be manipulated by puffery that became part of the soundtrack of our lives. Here are three Memory Lane examples:

“Put a tiger in your tank.”

“The best part of waking up is Folgers in your cup.”

Here’s a local example: “Largest inventory in the tri-state area.”

Since the release of the Internet for commercial use in 1993, the 10,000-year-old Age of the Seller paradigm has shifted in favor of the Age of the Customer. The primary differentiator between the two Ages is control of the information, which your customer now co-owns, including the truth about your products, services, and marketplace behavior. This customer control is derived in part from something called User-Generated Content, or UGC. END_OF_DOCUMENT_TOKEN_TO_BE_REPLACED

Why do we put locks on exterior glass doors? Why would a business extend credit to a customer with merely an illegible signature on a purchase ticket? Why do we make promises to customers based on the future performance of vendors?

Yes, there are laws and consequences that address missteps or misbehavior in all of these scenarios. But are those elements really what make us extend and expose ourselves?

Post hoc is Latin for “after the fact.” Laws, regulations, contracts, and other such elements are part of the post hoc process when Humpty Dumpty falls off the wall. They remediate, redress, and reconcile – after the fact. But as important and effective as they may be, they’re not really what drives our behavior.

END_OF_DOCUMENT_TOKEN_TO_BE_REPLACED

It’s annoying because it grates against the way most analog humans express connection requests. For example: “Got time for lunch?” “Gimme a call,” “Text me,” or “I’ll email you.”

“Let’s interface” also furrows the brow because it sounds pretentiously geeky, which is oxymoronic since the pretentious are usually not geeks, and geeks are typically not pretentious.

But who says that, anyway? Well, before you look around, indignantly denying you ever did, the answer is …

END_OF_DOCUMENT_TOKEN_TO_BE_REPLACED

November 7, 2020, is a date that will live in infamy. On that first Saturday following the election, an ignominious convergence of interests created a new and dangerous global force. #GODHELPUS.

Regardless of how this election ends, millions of Americans now fear that winning at the polls isn’t enough to overcome a new force: The newly organized machine made up of Big Tech, Main Stream Media, Wall Street, the state political machines, and the Deep State.

This new force is what I’ve named “The Machine.” History is replete with parochial political machines, but this one is a global, 21st-century model, and it acts like 21st-century Pharisees. The unelected group that controlled ancient Israel, Pharisees claimed the power of “binding and loosing.” In other words, they could bind you up or let you go. And “you” were whoever acted against their interests, even if it was your constitutional right to do so.

Parochial political machines, in cities like Philadelphia, Detroit and Chicago, are legendary and infamous. But what’s new is that The Machine has never before been able to link up for a common purpose across virtual and geographic boundaries with the help of their fellow travelers.

Let’s take a look at the cogs in The Machine.

What’s new about Corporate America is that we should now refer to it as “Global Corporate.” Never mind where they were founded or are based, their allegiance is to whoever they can gain influence from across geographic, virtual, and sovereign boundaries. From today forward, every American must understand that the U.S. Constitution, revered on Main Street, is merely part of the Global Corporate reality and one of the issues they must deal with to pursue their goals.

Big Tech is also Global Corporate, but this sector has weaponry unprecedented in political machine history. They control how we use the Internet and have more money than God. For example:

To use a military analogy, Big Tech can deploy aircraft carriers launching stealth fighters at whomever they oppose, who are armed merely with light infantry.

Social media platforms are both Global Corporate and Big Tech, but they deserve their own category. Remember, barely 12 years ago, MySpace was the dominant platform as we were just learning about Facebook and Twitter. Today, hiding behind the gift called Section 230, social media platforms are impinging on the single most powerful ideal in America – speech. And because of the complicit cogs in The Machine, it appears they will be able to continue.

As of today, with the assimilation of the New York Post, Fox News and the Wall Street Journal, the Mainstream Media is now just The Media. And in a dangerous alloying of Global Corporate with The Media, the richest man in the galaxy leads that e-commerce giant mentioned above, while owning one of the most powerful newspapers in the galaxy.

Somewhere around 2015, The Media began their descent from journalism into unabashed, unveiled partisanism. The behavior of The Media in 2020 has elevated George Orwell’s prophet status above even the immortal Isaiah and Jeremiah.

What was once considered the “Deep State” must now be shortened to “The State.” When you combine the behavior of Comey’s FBI, the current Wray FBI, the inexplicable delay of the Durham Report, and the politicization of the CIA, any illusion of deepness evaporates. Do we still have a democratic republic when unelected bureaucrats openly impose their will on the direction of the country with impunity?

And with transparency that would be refreshing if it weren’t so unprofessional, one need only to tune into cable news to witness The State and The Media linking up, as newly-removed FBI and CIA directors undermine the institutions they just left.

The 100-year global pandemic has pushed 2020 into the perfect storm category. Of course, The Machine didn’t create the coronavirus, but its agenda has used the pandemic to achieve critical mass with Rahm Emanuel’s strategy: “Never let a crisis go to waste.” By leveraging the pandemic fear, besides slanted reporting and polling, The Machine launched a national early voting, mail-in ballot campaign that would not have been possible in any non-COVID year. Only a fine-tuned apparatus could have pulled this off across the country.

Obama and I disagreed on most policies, but when he was elected, I wasn’t worried about the future of America. It was just the natural gyration of a democratic republic – something good would ultimately come from it. Besides, Obama was elected by the people, fair and square – twice. Even those of us who didn’t vote for him respected that and moved on to fight another day.

But things are different now. Yes, most of the cogs in The Machine existed in 2008, but they had not coalesced as the current, fine-tuned force, communicating over a common frequency. And in that coalescing, they’ve achieved a critical mass that should concern every American. Including Biden supporters.

A democratic republic such as ours relies on Newton’s 3rd Law of Motion: For every action, there is an equal and opposite reaction. The “Never Trumpers” achieved relevant status by finding purchase in the give and take of political motion. Intellectual honesty demanded that these recalcitrant Republicans be regarded as an example of the health of America’s seminal and most precious ideal – free speech. But going forward, I propose two important questions that every American should be asking:

Perhaps one benefit of this year is the end of pretense. All the cogs of The Machine are now uncloaked, sailing under the same flag and operating over a common frequency. After 2020, romance, naivete and ignorance now only exist on the TV Land channel.

Finally, to paraphrase the spirit of the powerful poem by Nazi-era German pastor Martin Niemöller: When they come for my speech and you say nothing, who will speak up when they come for yours?

America will survive Donald Trump, Joe Biden and Kamala Harris. But will America survive The Machine and the New Pharisees?

This is the 18th edition of my New Regular series that focuses on how the marketplace is changing in front of our eyes and what small businesses can do about it. Recently placed in the placebo group of a Covid-19 vaccine study, it’s not looking good for Normal.

Once upon a time, in a land far, far away, only wizards and fairies had magic wands and customer expectations were easy to anticipate. Now, come back to the rude reality of post-pandemic 2020 and things here are different.

Let me tell you a story that plays out across Main Street markets every day. This one takes place in Peoria.

A couple is driving through town when John says, “I’m hungry for pizza.” Sue agrees, “As long as it’s pepperoni.” What happens in the next 60 seconds is a dramatic example of the difference between doing business today compared to not that long ago – especially this year.

END_OF_DOCUMENT_TOKEN_TO_BE_REPLACED

This is the fifth installment of my New Regular series. No one’s seen “Normal” since COVID-19 took it out months ago.

Last week, we covered the concept of business fundamentals being neither Old School nor New School, but rather THE School.

To help restart your business in the New Regular of the post-pandemic economy, let’s continue that theme with two more THE School fundamentals. One is primal and one is, relatively speaking, a new kid on the fundamentals block. But both now as inextricably linked as they are completely different.