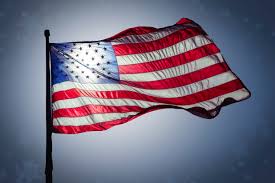 This is my Memorial Day column with a post-pandemic component, which we’ll get to in a minute. But first …

Since then, other than Congress making it a national holiday and changing the date to the last Monday in May, America has honored its fallen heroes from all conflicts in pretty much the manner that General Logan anticipated in the language of his order, whereby “posts and comrades will in their own way arrange such fitting services and testimonials of respect as circumstances may permit.” END_OF_DOCUMENT_TOKEN_TO_BE_REPLACED

“Uh! Yes, Echo. I’m awake.” Walter’s answer stopped the noise and prompted this message from inside his pillow:

Walter Wallace had received the same wake-up notice every morning of his life since 2060, the year he turned eight. That was the year planet Earth, third rock from the sun, became Amazonia, wholly owned by Amazon.com.

By the middle of the 21st century, the world economy became dominated by Amazon and a few other online retailers and tech giants, like Google, Apple, Microsoft, Facebook, etc. For decades the megalomaniacs of those firms pursued shared goals of influence over sectors such as the global consumer goods supply chain, the content origination and curation universe, the global 24/7 news cycle, big data mining/consumer manipulation, etc. Ultimately, planetary control was complete as their long-held geo-economic dominance coalesced with their nascent global political influence.

In 2053, Amazon moved its headquarters from Seattle to occupy the entire lower third of the island formerly known as Manhattan – now called New Bezos, after the company’s late founder. By then, most Earthlings received whatever they needed in life – including employment – from some combination of the tech giants. By 2057, a final merger resulted in absorption of the other tech behemoths by the ultimate powerhouse, as Amazon controlled every function of society, commerce, and governance. END_OF_DOCUMENT_TOKEN_TO_BE_REPLACED

“Time Is On My Side,” is the title of one of the classic rock ’n’ roll songs performed by Mick Jagger and the legendary English band, The Rolling Stones.

This bold statement works in a song, but for small businesses – not so much. The reason is because of the complicated dynamic between our most limited resource, time, and three of our most important business factors, expenses, sales, and cash.

In the marketplace, there are actually three different clocks at work that every business uses: one for operating expenses, one for sales, and one for cash. Let’s take a look at how these three clocks impact your small business.

END_OF_DOCUMENT_TOKEN_TO_BE_REPLACED

Congratulations on making that nice sale. You’ve worked hard to get customers to come and buy your stuff. Success feels good, doesn’t it?

Well, sorry about the cold water treatment, but what if I said you can succeed yourself right out of business? Retailers selling to consumers get paid at the point-of-sale. But if you have business customers, they expect an open account relationship where they pay you in 30 days – sometimes. And there’s the rub.

Let’s do some easy, but critical math: When you extend credit to customers, you have to fund virtually the entire amount of the sale until the day you get paid. Everything but net profit, which if you’re lucky is small single digits.

Here’s another way to think of it: The moment you deliver to a customer on credit, you haven’t so much made a sale, as a loan. And any banker will tell you that two out of three things that can happen with a loan are bad: Besides being paid later than agreed, sometimes it isn’t paid at all. For an under-capitalized small business – which is redundant – such possibilities are perilous.