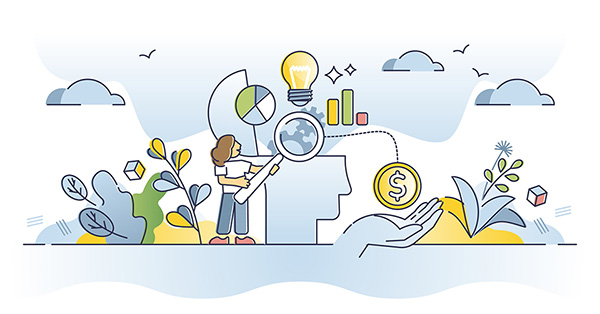 What follows is a story about the most powerful tool in sales.

A few decades ago, a 27-year-old, shiny, new copier sales representative was minted by Xerox Corporation. Already a sales veteran, it wasn’t his first rodeo. Indeed, he worked his way through college selling on commission.

Commissioned salespeople, like entrepreneurs, work the marketplace high wire. Observing this act, a salaried employee once remarked that selling on commission was “living by your wits.” In the vernacular, business-to-business sales professionals know and accept that “you eat what you kill.”

Pre-Xerox, this man received rubber-meets-the-road sales training from the small business owner who gave him his first commissioned job, followed by a multi-year stint with Sears, where more sophisticated sales training was acquired. And finally, he survived the rigorous hiring process and completed the Xerox Professional Selling Skills program. PSS was globally recognized as the sales training gold standard for all industries, and anyone so trained will tell you of its positive professional influence on the rest of their life.

With the ink barely dry on his PSS certificate, our young Xerox salesman made one of his first calls on the local installation of a national firm. He was now a fully converted, Kool-Aid-drinking disciple of Xerox sales fundamentals, and his head was packed with product, pricing, and probes. Unfortunately, as he sat in front of Mr. Keener, the plant accountant, all of the professional probing techniques and listening skills our sales executive had learned and practiced were no match for the cargo of Xerox products and pricing content that he dumped right there on Mr. Keener’s desk. Like a truckload of, well, you know.

Mr. K was tall, stern, and stoic. A senior manager whose gray hair was not premature, he suffered no fools and took no prisoners. But for longer than most would have expected, he allowed himself to be held hostage by what was no less than a drive-by sales assault. Finally, the victim stood up and stretched his long arm toward the young perp in front of him as a way to move the proceedings toward the door. Then with his patented rapier wit, Mr. K delivered these words that seared indelibly on the brain of his assaulter, “Well, Jim, you’ve certainly given me the business.”

Now you know, I was that salesman. I’ve never forgotten how stupid I felt walking away from Mr. Keener’s office, as his parting words were etching, white-hot on my brain. But then, in a career-defining moment of self-analysis and clarity, I stopped, did an about-face, and knocked on Mr. K’s door. Incredibly, in an act of extreme forbearance, he answered, “Yes, Jim, how can I help you?” Assuming my most truly chastened countenance I managed to utter these unrehearsed words of honest contrition: “Mr. Keener, I’m sorry about what just happened. May I please start over?”

To which he replied, “Hello, Jim – come in. Let’s talk about business.”

Those two customer responses – the first to haul me up short and the second to redeem me – are the ones I remember more often than the thousands of sales I’ve made since. No other moment in my half-century sales career provided more clarity about where to find gold in the marketplace: It’s in the head of your prospect and, if mined properly, will come right out of their mouth. Not the other way around.

By the way, Mr. K and I did a lot of business after that day.

Write this on a rock … The gold you seek from customers is in their heads. And the most powerful gold mining tool of successful professional salespeople is the ear, not the mouth.