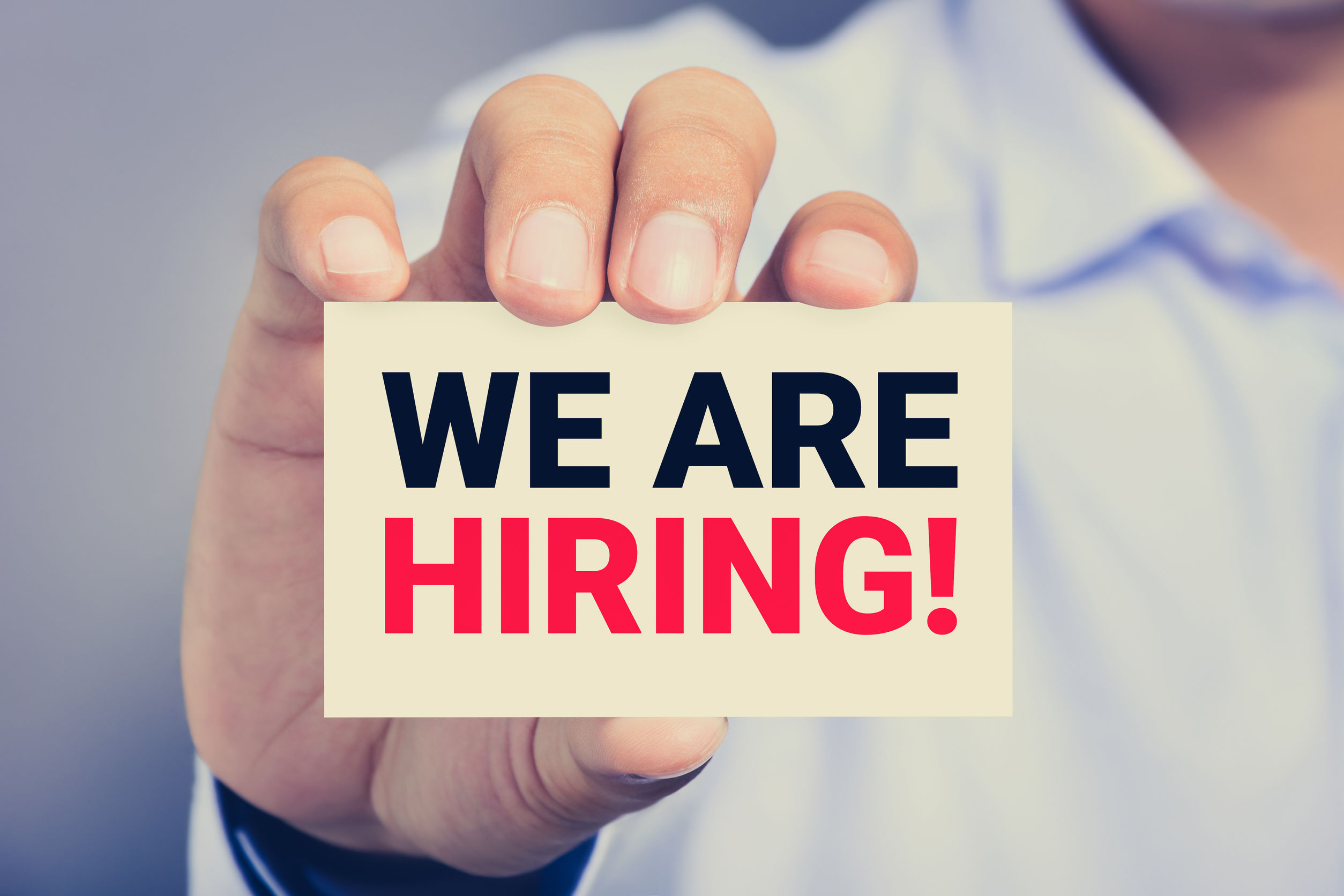 If you’ve read my column in the past, you know that I consider the only positive to accrue to the Main Street economy during the Lost Decade (2007-2016) is the unprecedented financial strengthening of America’s small business sector.

Make no mistake, the Lost Decade, created by three avoidable disasters – the Great Recession (2007-2009), the 2008 Financial Crisis, and Washington’s anti-business policies (2009-2016) – was devastating to this sector. Millions of small firms were wiped out when these three calamities converged to create the economic equivalent of a perfect storm.

But the small firms that survived, the ones that somehow weathered the insidious “New Normal” that defined that period, became stronger from their devotion to these two specific practices: 1) They learned how to operate leaner and more efficiently than they ever thought possible; 2) They deleveraged – got out of debt.

To support my analysis, consider the responses from a recent poll of my small business audience.

END_OF_DOCUMENT_TOKEN_TO_BE_REPLACED

In a recent column – “The Real Price of Free Information” – I encouraged all of us to become more discerning and skeptical consumers of the digital news and information being fire-hosed at us virtually every second of every day. So as a way of practicing, consider this headline: “Mount Everest climbers forced to retreat from summit goal.”

Sounds like they didn’t make it, right? But here’s what the copy revealed: The team actually summited late in the day, but, “before they could fully experience their accomplishment, darkness and weather made it prudent to set up camp on the leeward side of the mountain overnight, before re-summitting the next morning.”

This headline, while technically not wrong, was misleading. But full disclosure, I made up the entire Everest story, headline and all. However, you’ll see its usefulness when putting the following real headline in perspective with what actually happened. The following headline from a real Wall Street Journal article is a perfect example of why we must apply the discerning, skeptical reader discipline: “Confidence in U.S. economy retreats among small biz CEOs.”

It seems that content curation in the digital age requires headline writers to think: “Accuracy? Ethics? Whatever. My job is to make you click. If you don’t click, we don’t eat.” So, you and I are required to look under the hood of this headline that is referring to the results of a Vistage survey of small business owners, which reported that the December 2018 confidence response was 101.7, down from 106.3 in November.

Yes, technically this was a retreat. But I’ve been reporting on small business sentiment for over 20 years, including the Vistage report and the 45-year-old gold standard, NFIB’s Index of Small Business Optimism. The Index’s economist, Dr. Bill Dunkelburg, has reported its results every month on my radio program since 2000, as this indicator travelled from well over the almost five-decade average of approximately 100, to being stuck in the low 90s for almost the entire Obama administration.

Since December 2016, the NFIB Index has vacillated from a low of 103.0, to the Everest-summiting, rarified-air equivalent of 108.8 in August 2018. And yes, just like the Vistage report, the NFIB Index also dropped from 104.8 in November to 104.4 in December 2018. But put into proper historic and accurate perspective, a big bold headline of recent movement from both surveys should read: “Still a lot of happy business campers on Main Street.”

You’re going to continue to see headlines of small business sentiment that might sound more dour than optimistic. Just remember, the reality will likely not be that small businesses are retreating down the mountain, but rather that they’ve decamped to the leeward side of the summit to take a much-earned breather and reset for a second assault tomorrow.

END_OF_DOCUMENT_TOKEN_TO_BE_REPLACED

Prediction: With research showing younger generations less entrepreneurial than Baby Boomers (Kauffman), millions of divesting business owners will have to be more creative than ever to maximize the value of their business.

Prediction: Stronger balance sheets and better financial management than any time in a half-century will help the small business sector weather a maturing expansion and contribute to a quicker recovery.

Prediction: For the 12th straight year, small businesses will continue to limit borrowed capital to fund growth. This is why higher interest rates, the kryptonite of Wall Street, is less of a Main Street threat.

Prediction: Unlike corporate America, small business appraisal of the TCJA tax bill of 2017 will fall in the tepid category of “a mixed bag.”

Prediction: First under assault from Obama’s NLRB, and now Democrats and the courts, the U.S. franchise industry will face its greatest challenge over the attempt to create a labor organizing nexus between the mothership franchisor and employees of the separately owned small business franchise. This is the sleeper issue for Main Street in 2019.

Prediction: Trump’s beneficial regulatory abatement of the past two years will succumb to the reality of having to negotiate deals with Congressional Democrats.

Prediction: Artificial intelligence (AI) leverage will become increasingly available from granular applications for small businesses, but they will be slow to adopt.

Prediction: The greatest fundamental economic growth headwind will continue to be a lack of qualified employees to help businesses seize new opportunities.

Prediction: The Federal Reserve will raise rates at least once, a sign of strong economic fundamentals and inflation concerns.

Prediction: For the first time in decades, wage increases — both organic and by government edict — will put pressure on inflation, causing the Fed to respond (see above, and Dec jobs report).

Prediction: If there is a recession in 2019, it will be due more to a cascading of Wall Street’s toxic hysteria about the Fed, Brexit, trade wars, if Apple’s Tim Cook suffers a kidney stone, or a possible attack by the planet Rhordan from the Andromeda Galaxy than from the underlying economic condition.

Prediction: U.S. stock markets achieved record levels, irrespective of economic fundamentals, and Mr. Gravity will lower them by the same metrics — whatever those are.

Prediction: The global safe-harbor of investing in U.S. assets will contribute to preventing a major stock market collapse, even if indexes descend into “bear” territory.

Prediction: Good news/bad news — A slowing global economy will hold crude oil in its deflationary trend, averaging under $55/bbl during 2019.

Prediction: The U.S. will accrue unprecedented, multi-faceted benefits by becoming a net-exporter of energy products, from economic to monetary to trade to geopolitics.

END_OF_DOCUMENT_TOKEN_TO_BE_REPLACED

Here are my 2018 predictions and what actually happened. My prior, 18-year accuracy is 73%.

1. Prediction: As a technology platform, blockchain stops being a novelty in 2018.
Actual: Every major corporation and government now has a blockchain strategy.  +1

2. Multi-year prediction: Blockchain will be the next Internet-class disruption.
Actual: Blockchain variations are becoming the future of Digital Trust, and therefore, more disruptive to any analog legacy entities. +1

4. Prediction: Scrutiny of Big Data platforms, like Google, Facebook, Amazon, will increase regarding manipulation, privacy and security.
Actual: Congress, the E.U. and users are investigating behavior of these platforms.  +1

END_OF_DOCUMENT_TOKEN_TO_BE_REPLACED

Americans are afforded a privilege which, while not rare, is certainly unavailable to billions of other Earthlings: We’re allowed to vote for those who represent us in government.

The words “privilege” and “allowed” are used with a purpose: The U.S. Constitution gives Americans the right to vote, but does not require us to do so. If voting were a legal requirement, in the 2000 election 100 million Americans could have been arrested, as pundits lamented the “Vanishing Voter” phenomenon.

But by the 2016 election, voter turnout had transmogrified from apathy to engagement with a record number of ballots cast – 137.5 million. Indeed, we’re experiencing one of the most promising phenomena of the current age: increasing fervor and investment of the American electorate in the political process.

Nothing bad happens when Americans get fired up about the political process, regardless of whether a voter spins to the left or the right or marks time in the middle, because taking a political position typically manifests in a more knowledgeable voter. And the best way for America’s challenges to be addressed is for those same voters to require political representatives to stand up and serve with leadership, rather than slouch with the self-anointed political class.

END_OF_DOCUMENT_TOKEN_TO_BE_REPLACED

1. Remember this prediction I made in 2016? “Expect to hear more about blockchain technology, disconnected from Bitcoin.” As a technology platform, blockchain stops being a novelty in 2018.

2. Multi-year prediction: Blockchain, and variations on the theme, will be the next Internet-class disruption, except it will be a much greater one. You’ve been warned.

3. Crypto-currency (Bitcoin is just one of many) is the money of the future, but the future isn’t here yet. As long as there’s high speculation in a currency – crypto or otherwise – it won’t be a dependable, stable store of value (see Tulipomania).

4. You’ll become increasingly aware of a new concept – digital ethics – as you discover that by using apps, games, social media, virtual/augmented reality, digital assistants, etc., you and your online behavior, are in fact, the product being sold.

5. One positive result of the above prediction will be your increased scrutiny of how Big Corporations employ digital leverage -artificial intelligence, Big Data, etc. – regarding manipulation, privacy and security.