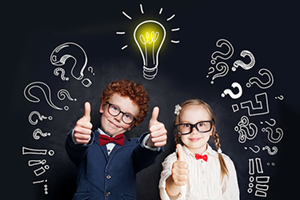 “Mamas, don’t let your babies grow up to be cowboys.”

Country music fans recognize this title and opening passage from the Ed and Patsy Bruce song made famous by Waylon Jennings and Willie Nelson. If there ever was a honky-tonk anthem, this is it.

Every good anthem has a hook lyric and in this song, it goes like this: “He ain’t wrong, he’s just different, and his pride won’t make him do things to make you think that he’s right.”

Wish I had a nickel for every time someone watched an entrepreneur doing what entrepreneurs do, and asked, “What’s wrong with him?” Well, entrepreneurs are a lot like cowboys — they’re not wrong they’re just different. For example:

Entrepreneurs like financial rewards no less than the next guy. But for most entrepreneurs, money is more of a way to keep score. What really drives them is accomplishing something that hasn’t been done before—to create something from nothing. If money was the most important thing to entrepreneurs you’d be reading this by candlelight before you take the buggy to work.

Entrepreneurs are usually smarter than the average bear, but that’s not to say the most educated. One of the greatest entrepreneurial minds I’ve ever observed had a poor formal education.

Entrepreneurs have a special kind of intelligence that allows them to see things before they exist. Anyone can ask, “What if?” But it takes an entrepreneurial mind to turn that question into something useful you can hold.

Entrepreneurs care what others think of them as much as they care about the weather on Mars or the price of eggs in China. This is not to say that entrepreneurs don’t seek outside advice and counsel. But if your opinion is going to be valued by entrepreneurs, you’d better be able to keep up. Entrepreneurs don’t truck much with marketplace pedestrians unless they’re customers.

Entrepreneurs turn the lights on and they turn the lights off. But it wouldn’t be accurate or fair to call them workaholics, because they probably don’t think of what they do as work. Workers clock in thinking about lunch, quitting time, vacation, and retirement. Entrepreneurs love what they do so much that the end of the day is an interruption in their fun. Anyone associated with an entrepreneur needs to understand that a small business weaves a very fine seam between itself and the life of its entrepreneur.

And finally, an entrepreneur sees a risk others avoid as essential to success because the result will be either discovering what works or a valuable lesson about what doesn’t.

Entrepreneurs ain’t wrong they’re just different. And their uniqueness won’t let them do things that make you think they’re right. But you should love them anyway.

Write this on a rock … Should Mamas let their babies grow up to be entrepreneurs? Absolutely. The world can’t do without them.