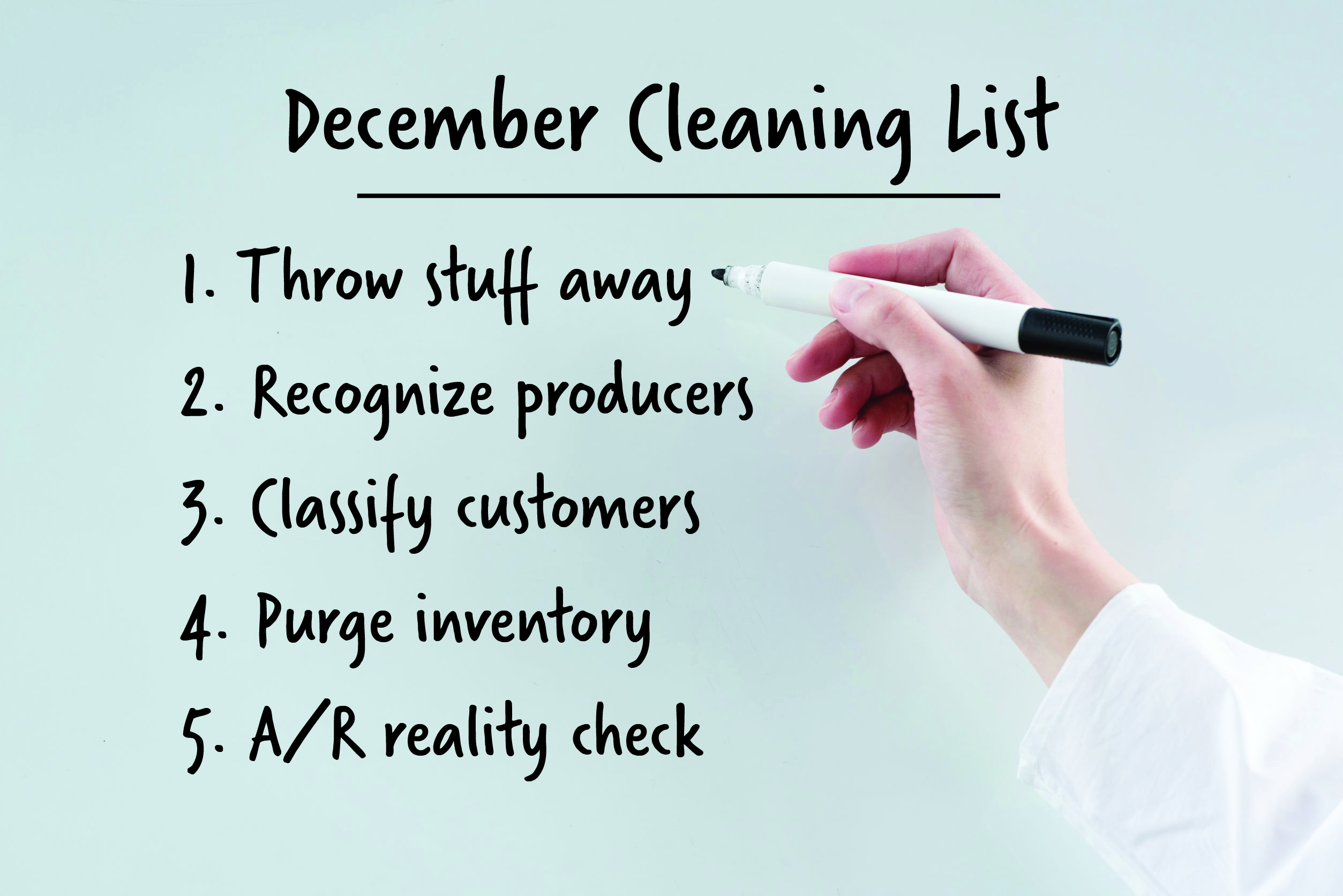 Whether it’s a year where something we once knew as “normal” was part of our reality, or during an unprecedented and unimaginable year of a global pandemic, the abiding management question for all small business owners is always valid: “What’s the best use of my time right now?” And at no other time of the year are we more time-management challenged than in December.

The twelfth calendar month is the only one where two powerful imperatives converge against a hard stop, each demanding a full measure of your time, attention, and resources: The perennial push to close out the sales year as strongly as possible, while simultaneously taking steps to set the business up for a fast and clean start when the New Year dawns on January 1.

Pardon the football metaphor, but in the marketplace game your business plays all year, December is the two-minute drill of your fourth quarter. And in this tight transition period, that fierce competition for precious time and resources requires discipline and devotion to fundamentals.

Our grandmothers practiced the fundamental of spring cleaning when the weather broke warm. In the marketplace, in order to kick off the New Year right, your spring cleaning should happen before then. There are many targets of a business’s December cleaning, but here are five important ones to get you started.

Even if you’re not a packrat like me, you’ve accumulated stuff you don’t use anymore. For example, one of the markers of a 21st-century office is a digital graveyard. Unused or broken computers, monitors, etc., may have some value, so call a tech recycler and convert them into cash.

Regardless of what it is, if you can’t sell it or give it away, throw it away because it’s in your way.

Year-end is a good time to take stock of employees who’ve demonstrated leadership and engagement. Recognizing the performance of those individuals now will motivate them to a fast start in the New Year. By definition, identifying those who perform shines a light on those who don’t.

The only thing worse than firing someone is letting an unproductive employee hold your team’s performance hostage for another year. You owe productive people the most effective organization possible, which means letting the unproductive pursue their careers elsewhere.

And remember, there’s no good time to fire someone. It’s never easy.

Classify customers into four groups by gross profit, from the most profitable As to the least profitable Ds. Worship the As, cater to the Bs, encourage the Cs and teach the Ds how to serve themselves. If any customer’s expectations encroach too much on your profit margin, allow them to join your unproductive employees – elsewhere. That’s right. You may have to fire a customer.

As with customers, take a new look at your products and inventory by identifying the most profitable As to the least profitable Ds. Stock all the As, a few of the Bs, and maybe a couple of Cs. But never let a D spend one night under your roof unless it’s paid for. Remember, profitable inventory management means just-in-time, not just-in-case. And write off obsolete and damaged inventory. Take the hit now.

Take another hit by writing off uncollectable accounts receivables now, so you can start January with a clean list. A/R write-offs are tax deductions this year, and if it turns out that you collect them next year, it’s gravy. The only thing more troubling to a banker than your uncollected A/R is when you don’t demonstrate the discipline to deliver a clean and accurate balance sheet.

Each New Year deserves to have the maximum opportunity to be successful, so don’t saddle it with last year’s obsolescence, waste, and bad decisions. By taking these steps – and others from your own list – you’ll prove to yourself, your team, and your banker that you have the discipline to make the critical decisions for which successful managers are known.

Write this on a rock … Have the discipline to set up your New Year for a clean and fast start, while pushing the current year over the goal line.