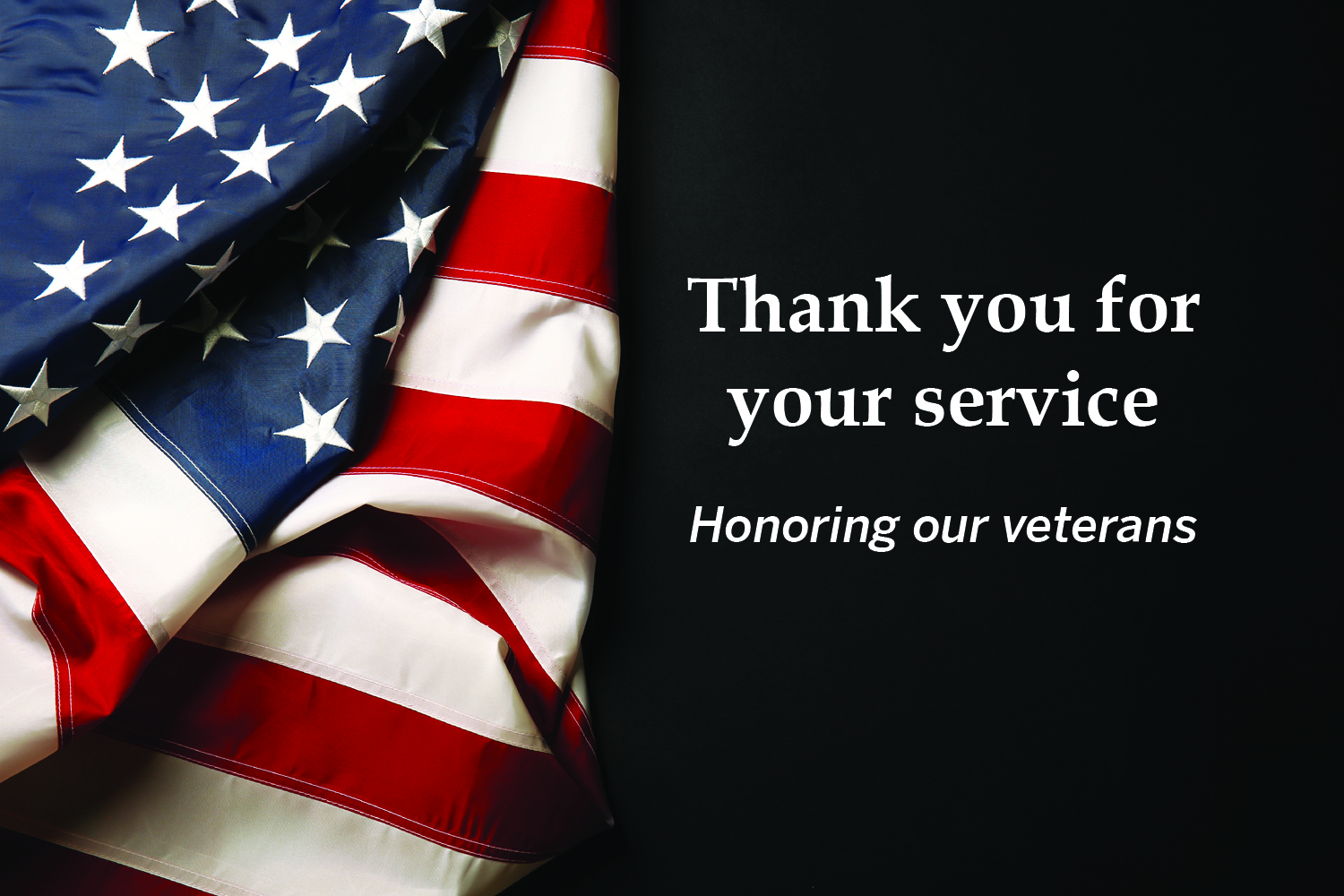 But after World War II, Alvin King, a small business owner in Emporia, Kansas, had a problem with the narrowness of those honored on Armistice Day. Al was so moved by the death of his nephew, John E. Cooper, who was killed in the Battle of the Bulge, that he and the Emporia Chamber of Commerce started a movement to redefine Armistice Day and give it a new name – Veterans Day.

The idea caught on, and in 1954, President Eisenhower made Veterans Day official in recognition of all military veterans. Congressman Ed Rees of Emporia, the elected supporter of King’s idea, said Veterans Day “would give the holiday a new meaning and more widespread patriotic observance.’’

But who is a veteran? Having a lot at stake in that definition, since it comes with eligibility of benefits, the government sticks to a narrow one: someone who served on active duty for more than six months, while assigned to a regular U.S. armed services unit. Unfortunately, this description omits generations of National Guard and Reserve members who, typically for many years, volunteered to serve their country honorably and with distinction.

In 2016, the government finally passed a law that allowed retired members of the Guard and Reserves to refer to themselves as veterans, without being eligible for any associated benefits. This was progress, but it still doesn’t go far enough for the millions of Guard and Reserve members who made themselves available to their country for less than 20 years – including during war – knowing they could be deployed in harm’s way at any time. And the United States continues to make more of these patriots every day.

So, in the spirit of Alvin King, it’s time to expand who we honor on Veterans Day. And history helps make the case for a broader definition of a military veteran.

There is also a powerful, technical argument to be made. Since June 14, 1775, every member of the U.S. military – including the National Guard and Reserves – has raised their right hand and sworn the military oath of service.

The modern oath varies little from the original versions, primarily in the reference to the President and the Constitution, neither of which existed in 1775. Regardless of how much time they will ultimately spend on active duty or how long they will serve, the following is a vow spoken out loud, in front of witnesses, by all who have stepped forward and said to their country, “Choose me.”

Anyone who takes that oath and backs it up with training, honorable service, and making themselves available to “support and defend,” deserves the honor of being called a veteran. Based on the hundreds of awesome military men and women I’ve known and served with from all services, I propose this definition:

“A Veteran is someone who served honorably in the military, including the National Guard and Reserve, and simultaneous with taking the oath wrote a check of availability and preparedness, made payable on-demand to The United States of America, for an amount up to and including their life.”

America has received, held, and cashed this “check” from millions of patriots, who for different periods of time and in different ways, trained and stood by to protect and defend their Constitution, their fellow citizens, and their country. Every one an honored military veteran.

Write this on a rock … Happy Veterans Day to all who swore the military oath, served honorably, and made themselves available to a grateful nation. God bless America.