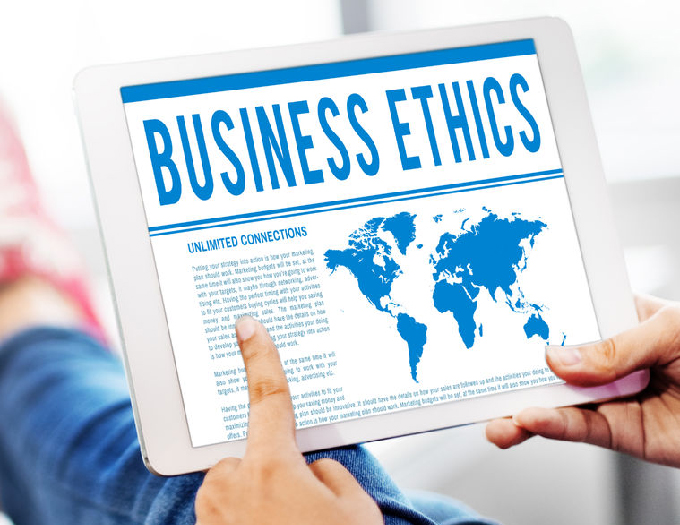 Since humans are capable of abstract thought and sophisticated language, our behavior often blurs the lines between black and white into what is known as “the gray area.” Consequently, the desire for order in the marketplace promotes 1) the establishment of ethical standards to encourage acceptable personal behavior; 2) contracts to establish legal behavior; 3) courts to sort things out when a final authority is required.

When it comes to ethics, the so-called professionals have lots of help. Attorneys, CPAs, doctors, architects, investment professionals, etc., have established and published very specific ethical and professional standards, plus monitoring entities with sanctioning authority. Indeed, their education includes, and sustained certification requires, knowledge of that profession’s ethical standards and practices.

But when small business owners find themselves in the gray area with a customer or other business relationship, there is no rule book we can call on for guidance. We’re on our own because The Universal Code of Small Business Professional Conduct and Ethical Standards doesn’t exist. Yet.

Having been a keen observer of the marketplace in six different decades, I’m pleased to report that, out here on Main Street, the moral compass, sense of fair play, and inclination to deal in good faith are exemplary. Small business owners consistently demonstrate that life and business are much simpler and more rewarding when they just do the right thing. No doubt this behavior is the product of generations of ethical mentoring founded in the guidance of ancient codes like the Golden Rule and the 8th and 9th Commandments.

In addition, if you find yourself operating in the gray area, possibly perched on the horns of an ethical dilemma, allow me to introduce three of my favorite ethical handles. One is from an ancient philosopher, one from a 20th century Nobel Laureate, and one from a 21st-century ethics thought leader.

On Transparency: “The way to live with honor is to be in reality what you appear to be.” Socrates, 5th century B.C.

On Integrity: “Integrity has no need of rules,” Albert Camus, from The Myth of Sisyphus (1942).

On Ethics: “Ethics is devotion to the unenforceable,” Len Marrella, author of In Search of Ethics (2005).

Here are all three delivered in one sentence: “John, I noticed one of your terms was left out of the final contract we signed. Even though the contract’s in force, I did agree to that point. So let’s put it back in and initial the correction.” Honor. Integrity. Devotion.

But it must be pointed out that the foregoing ethical ideals were created by analog beings – like you and me – during the 10,000 years I call the Analog Age when things moved no faster than the speed of sound (761 miles-per-hour). Going forward, our analog nature and ethics will be challenged by the fact that we’re increasingly operating in the Digital Age, where things are moving at the speed of light (186,000 miles-per-second).

In the Analog Age, when something was broken, like a contract or a promise, we could typically put it back together before too much lasting damage occurred. But when there’s a breach at the speed of digital, putting that lightning back in the bottle is unlikely. Alas, the best retroactive intentions and apologies won’t fix the implications of digital leverage gone awry. In analog terms, you can’t un-pop popcorn or un-flash a strobe light.

When most people contemplate digital leverage they first think of artificial intelligence, which likely means they’re imagining a robot. But you have digital leverage at your fingertips right now – every time you make a post on Facebook.

At this moment we’re in the middle of a shift from our analog past to our digital future. I wrote a book about this, but for now, allow me to recommend a thought to help you contribute to our passage from analog to digital. Next time you hover your finger or cursor over the “send” key, challenge yourself with this thought: “Just because I can, doesn’t mean that I should.”

Write this on a rock … Are you ready to be devoted to the unenforceable before you take a digital step, at the speed of light?